All our products are handmade. Any perceived imperfections or irregularities are to be considered as peculiarities of the products and not defects. Our production process is laborious and consists of several stages: moulding, first cooking, decoration, second cooking, ageing. Thus, we can give our customers unique, matchless and unalterable products.

Why choose our Ceramic?

Is this your first order?

Please, contact us. We will be pleased toprovide any information you may require.

You can buy by Credit Card or Paypal, our circuits are 100% safe! 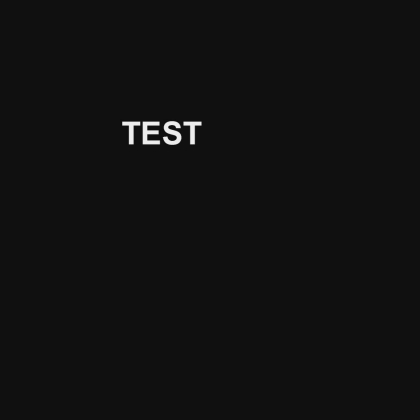 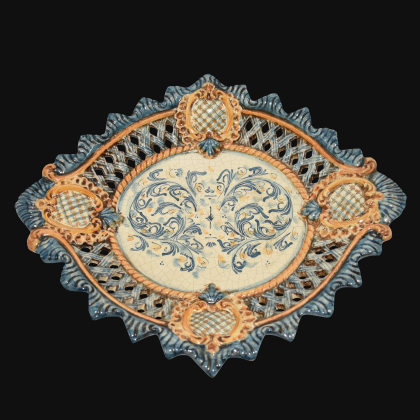 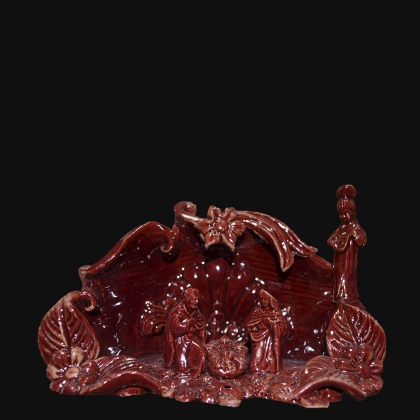 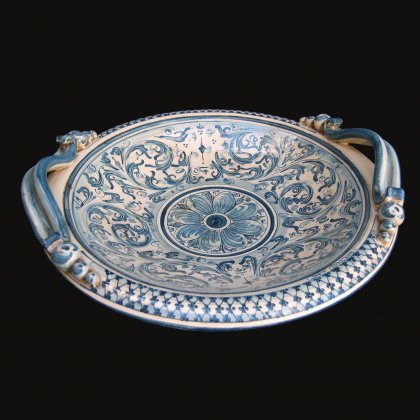 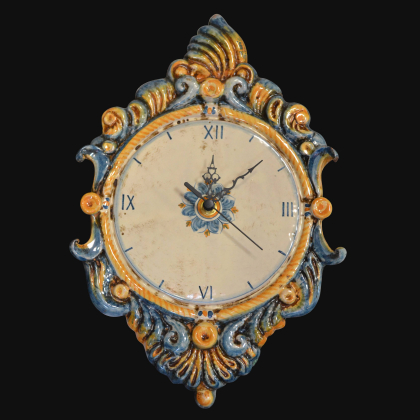 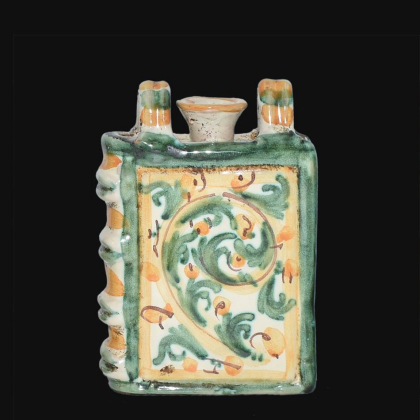 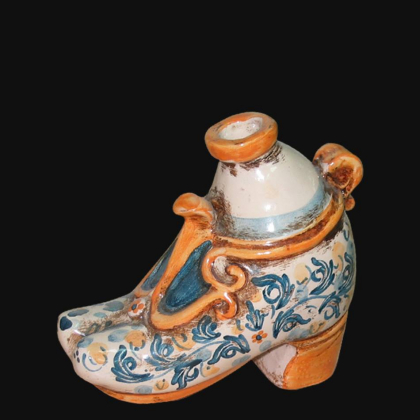 At Caltagirone, the oldest Holy Water Font in majolica, dates back to the late 16th century.
In the seventeenth century, however, the patron saints of the places where they were produced were represented. Images, often formed by columns, archived, and tympanum, are in relief and almost always in a single tint.
In the 18th century it reached its maximum artistic development, through molded elements and painted in monochrome or polychrome. The devotional saints most present are the Virgin Mary, Saint Anthony of Padua, St. James the Great, the Child Jesus, St. John of God, the face of Christ, Saint Francis of Paola, the Guardian Angel.

At the end of the eighteenth century Holy Water Font often resemble those pasta baskets, used in Easter festivals

Sort by:
Relevance
Relevance Name, A to Z Name, Z to A Price, low to high Price, high to low 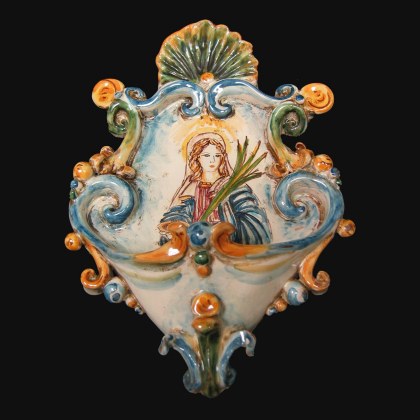 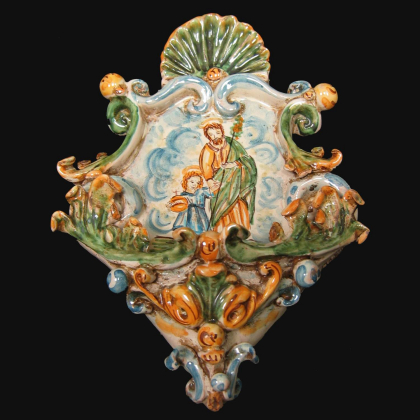 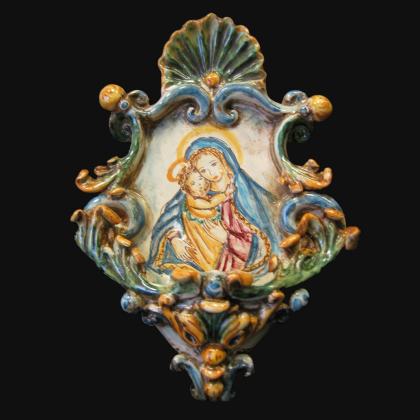 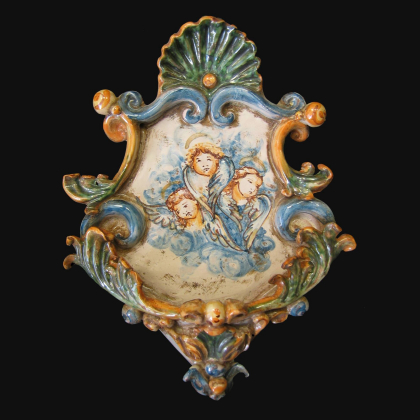 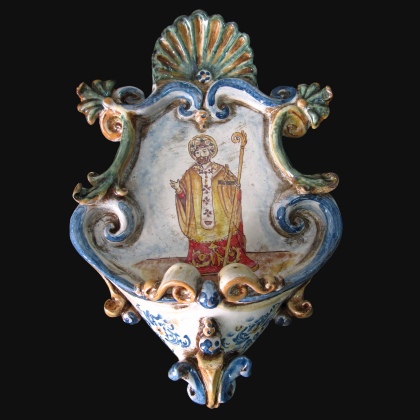 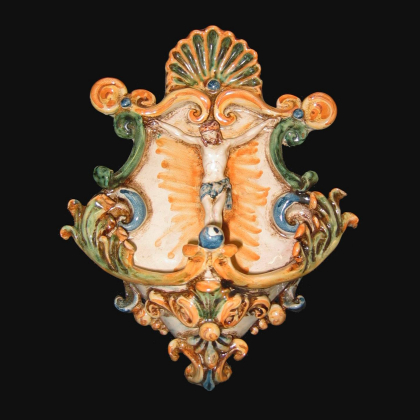 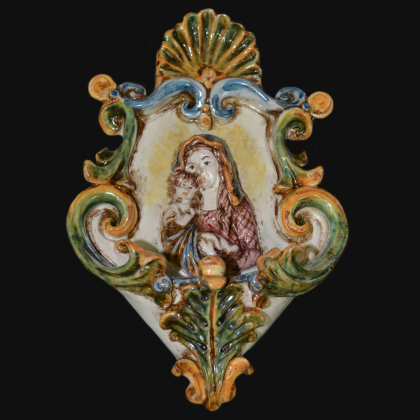 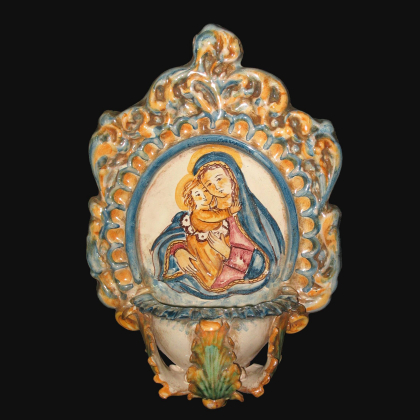 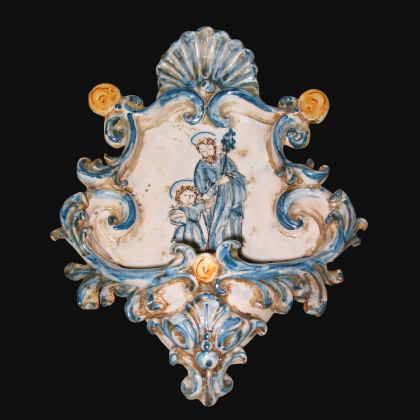 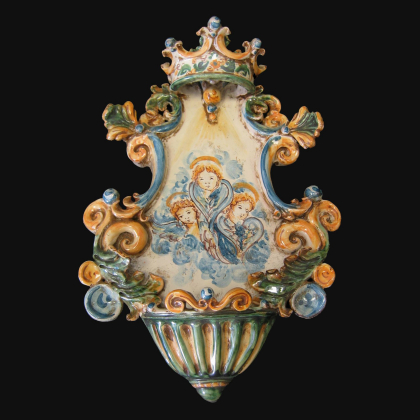 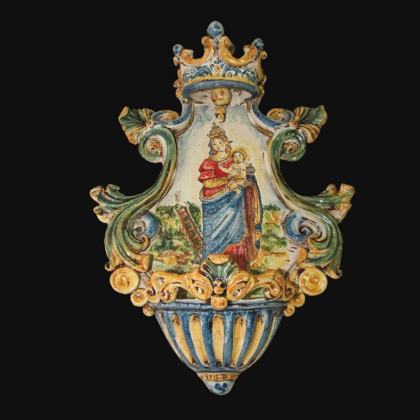